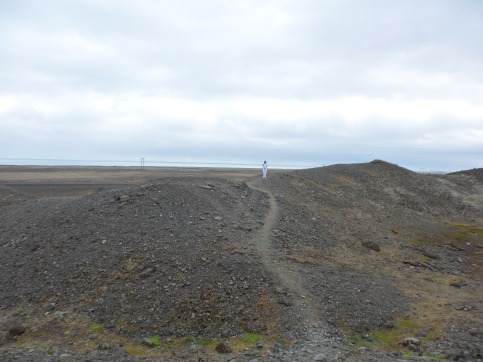 My Aunt Carol-slender, beautiful, and nearly eighty, is standing like a flagpole atop a mountain of gravel she just climbed in her open-toe sandals. She is wearing wispy white pants and has a t-shirt wrapped around her head in an ingenious attempt to create a hat and scarf in one.

We are gazing into the depths of Jökulsárlón Bay, where hunks of jagged ice float across the placid aqua lagoon. The wind is blasting through our flimsy clothes and smacking our faces like a mother in a rage at her naughty kid. But as any truly naughty kid knows, the beating is totally worth it.

We departed the endless glass and crisp buildings of Reykjavik three days ago and were immediately swallowed up by moss roofs and gingerbread. That’s when everything started breathing.

Icelanders believe in elves and magic and this no longer surprises me. The landscape is alive. Water pounds and hisses; it gurgles and erupts.  Deep in the interior, volcanoes churn and conspire. 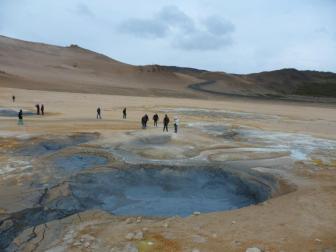 Even the air is thick and pregnant, like if you scooped it into your hand, a tree would sprout from its nothingness.

But as the clock hands wind around the dial, the pulse of the world grows louder to me.  We prepare for the inevitable by piling blankets on top of the drapes, on top of the curtains, on top of the blinds, trying in vain to mute the midnight sun. “Maybe our luggage will arrive tomorrow,” my Aunt Carol hopes out loud, and tosses me her pair of eye-shades.  She is fierce and graceful in a way that 80-year-olds are not.

I had imagined I would be clutching her elbow everywhere we went.  Yet, she, poised in her brand-new, neon-green nightshirt emblazoned with the word ‘PARTY’, is eagerly anticipating another day of traipsing through the frigid wilds in her filthy sandals.  I am a sack of potatoes; Aunt Carol is a Viking.

Time, I discovered, is relative- in both age and the pretend nighttime of the northern summer.  Outside, the sky repeats the tease of sunset, like it is broken and trapped- trying to claw its way into a new day. But darkness never arrives.

Pale violet brush stokes pierce, undeterred, through the layers of our blockade until, finally, marigold creeps in, swiftly taking over again. And another night’s sleep is stolen.  Here, where the world already looks like a hallucination, the line between reverie and delirium is slippery and thin. I stretch my arm out from under the leaden blankets and cup some of the morning air into my hand.  I am certain a tree sprouted from it.